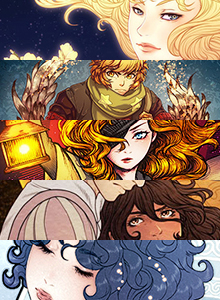 Happiness of a Princess, where Kindness and Strength pave her way, straight from the heart. And despite the signs of a bleak future, shes walking forward- hoping that you come along.
Today it's something back from 2016 with a little touch up. Meet an Alice of our own, confident as she slides down the Rabbit hole, with the confidence of someone whos got it all figured out.
Check out the work stages for Eraeli, created for "Book of Zhu": a project by Jalek Moye @bookofzhu on Twitter!
Sweet Rayil is the happiest when spotting her grumpy date among the crowd. He did come! It's a happy date day 💖 (it's a complicated relationship...)
A Princess by Title and Fate - Jehnna from Conan the Destroyer. This is the final work and a mid inking wip!
Up and down, left and right, theres no warning when Life engages into a rattling path. Dont let it push you off, though. Hang in there! 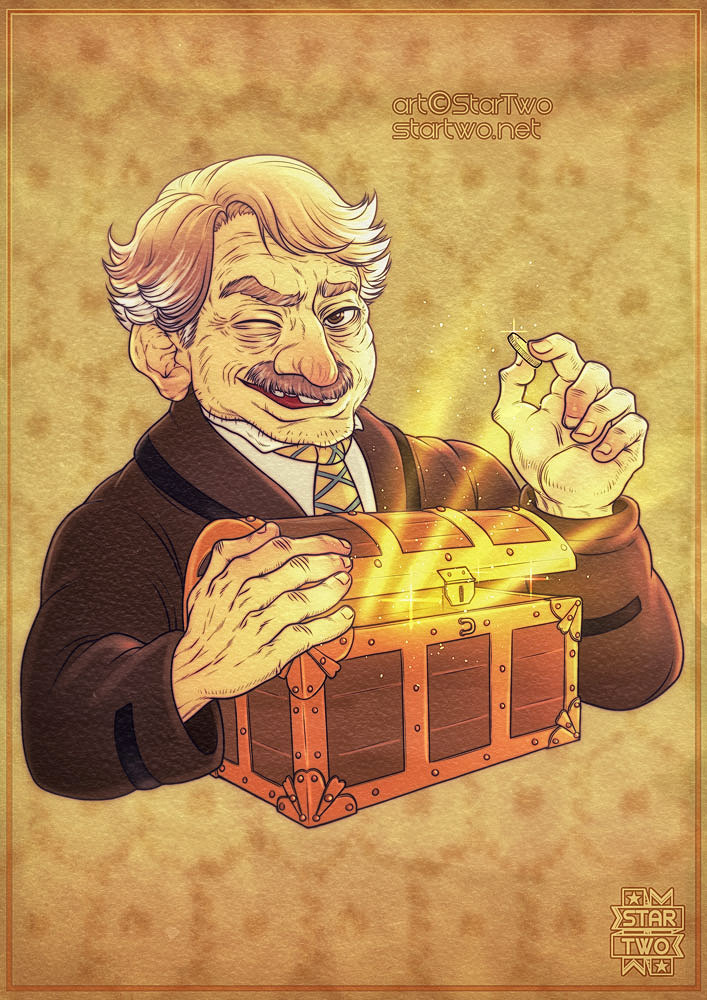 He that gives his goods before he’s dead, take up a mallet and knock him on the head (Scottish verse)

Elderly people who trick their ungrateful children into caring for them is yet another recurrent theme in the world of folktales.

The first records of such tales appear in the Middle Ages and spread across Europe, but the theme also appears in places as far as Kashmir and Sri Lanka.
As for the Portuguese version, we found one nearly identical to the German story, though the latter is shorter and provides dialogue to the characters, and also sets the number of daughters to three, unlike the Portuguese version, where there are only two daughters (guess the Portuguese decided to be more cost-effective).
Let us narrate the StarTwo translated adaptation of the next folktale.

The Ingratitude of Children

A certain father found himself with two able daughters wanting to acquire a property of their own. Deciding to make it a gift of grandeur, he assigned to them in a dowry all the land he owned.
Daughter and husbands, the old man assumed, would be eternally grateful and linked to him by the kindness of this act and lovingly obliged to provide with what little a man of his age should still need to live.

In the beginning, the husbands did show signs of affection, but after they lost hope of gaining more wealth from the old man, who had at present given them everything, they promptly began mistreating him.
The elderly father soon realized his ill-luck and the grave mistake he had committed, that set him at Poverty’s doorstep. In such a desolate state was he that he began to ponder fervently a solution for his predicament and an industrious idea came to him at last, which was well succeeded and righteous.

The old man had a close friend and asked for an adequate amount of gold to be borrowed and upon his passing would be returned promptly. The money was granted instantaneously and, taking it secretly to his chamber that was close to his daughters and sons in law, he unloaded the bag upon a wooden table and began counting it, handling it in a way so that it would produce sound and clink loudly.
The daughters heard the sound of the gold and as if summoned by it, dashed towards their father’s door and peeked through the keyhole and saw upon the tabletop many gold coins, and once they told the news to their husbands, they figured it to be best to have a lifestyle change and alter the behaviour towards the old man, their father.

To see him with a bit of money left, they were fearful he would entrust it to some interloper, so they thought it best to get on his good side and secure getting all of the inheritance.

Just as soon as they decided this, they set their plan into motion and to be absolutely sure, they inquired the old man on a certain occasion if he had a “little something” left and how much of it did he have. Cautiously, the old man replied that there was some amount of gold left for his testament. It was his intention to leave the gold to his daughters, giving one more and another one less, depending on the care he received in these last years he had left.

For the daughters, those words were all that took to spark their appetite for money and both soon began competing for their father’s favour and generosity by serving him everything he desired and making him rejoice about the outstanding success his scheme had produced, when they weren’t looking, of course.

Sometime after, the old man fell gravely ill and called his daughters and sons in law, to inform them that his final hour was upon him and as soon as he gave his last breath, after the burial, they would receive from the monks a key to the money’s chest and both daughters should open it as they were both the heirs to its contents.

As soon as the old man departed, with the ceremonies and funeral swiftly taken care of, the daughters eagerly and loudly received the key and just as quickly opened the chest, but inside there wasn’t a single gold coin, only a bludgeon that had this text engraved around it:

“With this bludgeon should you hit the head of those that not caring for themselves, leave all their land to someone else”

We will let you be the ones retrieving a moral out of this story, but if you ask us us, good for the old man! To get through the neglect on his most vulnerable time, without giving up and still managing to better his situation!
Hopefully nobody else in the family found a need for the heirloom bludgeon…

10 thoughts on “A Portuguese Folktale – The Ingratitude of Children”